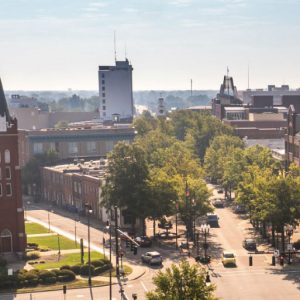 Located in North Carolina’s Cumberland County, Fayetteville is typically thought of as the home city of Fort Bragg, one of the country’s top Army installations. However, there is much more to Fayetteville than Fort Bragg. Most people are unaware of the fact that Fayetteville has won the National Civic League’s All-American Award several times. All in all, Fayetteville is the state’s sixth-largest city yet it lacks the name recognition of Charlotte and other nearby cities for various reasons. Positioned within the Sandhills in the eastern portion of the state’s Coastal Plain region, this city has a total population of over 210,000 people. Fayetteville’s metropolitan area is the largest in the southeastern portion of the state. Suburban portions of the city including the aforementioned Fort Bragg, Spring Lake, Hope Mills, Stedman, Pope Field, and Raeford stretch the city’s metropolitan boundaries quite far.

Life and Work in Fayetteville

Fayetteville’s economy is largely dependent on Fort Bragg. All in all, this military installation and Pope Field infuse an incredible $4.5 billion per year into the local economy. Fayetteville is hands-down one of the top retail markets in all of the United States. Whether you are looking for shopping opportunities, entertainment, restaurants or services of any sort, you will find it in Fayetteville. In short, there is plenty to do in terms of both work and fun in this lovely city. Top Fayetteville employers range from the Department of Defense’s Fort Bragg installation to The Goodyear Tire and Rubber Company and the Cape Fear Valley Health System. 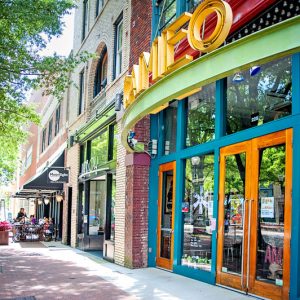 Fayetteville has more than a dozen historic sites of note. If you are in town, a Fayetteville resident or driving through the area, be sure to stop at a local historic site, museum or green space. Historic sites in Fayetteville include the Bordeaux Tower, the Evans Metropolitan AME Zion Church, Heritage Square, Tallywood Tower, Liberty Point, and the first-ever Golden Corral. Local museums include the Fayetteville Museum of Art, the Arts Council of Fayetteville, the Museum of the Cape Fear Historical Complex and the Fascinate-U Children’s Museum.

If you are looking for a green space, you won’t have to drive far in Fayetteville to find one. Local parks include Cross Creek Linear Park, College Lakes Park, the Cape Fear River Trail, the Cape Fear Botanical Garden, and Freedom Memorial Park. Though Fayetteville is certainly not a massive mega-city, it has plenty of cultural highlights including numerous theaters and arenas. Examples include The Gilbert Theater, the Crown Coliseum, the Cameo Art House Theatre and the Cape Fear Regional Theater.

Getting Around Fayetteville is Surprisingly Easy

Part of Fayetteville’s appeal lies in the fact that it is easy to get from one part of town to another in a reasonable amount of time. FAST, an acronym short for Fayetteville Area System of Transit provides timely and affordable transportation. Amtrak service is provided along northbound and southbound routes. Thankfully, Fayetteville has comparably little traffic, making it quite easy for drivers to spin their wheels through the city without feeling pressured or rushed. When in doubt, use your RV or other vehicle to check out this up-and-coming city. Take in all that Fayetteville has to offer and you will be counting the days until your next trip back to this desirable location.

Searching for the Best Fayetteville Airstream for Sale

When it comes to Airstreams, RVs, campers and recreational vehicles in Fayetteville, no two models or sellers are equal. If you are on the prowl for an Airstream for sale in Fayetteville, do not stop searching until you find a model that matches your needs and desires. If you enter “Fayetteville Airstream Dealers” in an internet search engine, you might not immediately find Out-Of-Doors Mart. However, we have provided exemplary service to the Fayetteville market for years.  Dial 866-636-2267 or 336-993-4518 for more information. Better yet, take the 421N to Out-Of-Doors Mart to check out Airstreams, RVs and recreational vehicles with your own eyes.