Roanoke is a cultural and economic hub of the southwestern portion of Virginia. With a population of just under 100,000, Roanoke has more activity than most anticipated. Whether you are in Roanoke for work, fun or another matter, you will find there is plenty to see and do. Here is a quick look at what Roanoke has to offer.

The local economy originally formed as a result of the Norfolk and Western Railroad. The economy gradually transitioned from primarily manufacturing businesses to a service-oriented economy. Wachovia Bank, Roanoke Electric Steele, UPS, and Healthmarc are some of the top local employers. The area has a fairly low rate of unemployment even though some locals complain of a brain drain in which some young professionals have left for supposedly greener pastures elsewhere. Though Roanoke does not provide the same economic opportunities as a megacity, it has its unique economic strengths. The area has a thriving service industry, successful retail businesses, and an expanding healthcare industry. The retailer Kroger relies on Roanoke for its Mid-Atlantic regional office. Roanoke is also an up-and-coming media hub, particularly for southwestern Virginia and southern West Virginia.

Things to do in Roanoke

Roanoke has something for everyone in your family, regardless of their age, interests, and background. The area’s EventZone is particularly popular. This space is found between Williamson Road, Rivers Edge Park, the Roanoke Civic Center and 6th Street. Created in 2003, EventZone features an array of fun festivals and activities for people of all ages. Examples include the Local Colors Festival, the Chili Cook-Off, the Big Lick Blues Festival, the Henry Street Festival, and the Strawberry Festival. 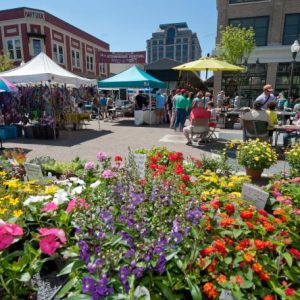 Roanoke also has its fair share of museums that are sure to satisfy your intellectual curiosity. Head on over to the Center in the Square and you will find the History Museum of Western Virginia featuring artifacts and exhibits central to Roanoke’s history. Furthermore, the Center is also home to the Hopkins Planetarium and the Science Museum of Western Virginia. If you enjoy art, take a trip on over to the Taubman Museum of Art. This museum contains an array of American art from the 19th and 20th centuries. All in all, the facility spans 75,000 square feet. History buffs and youngsters adore the Virginia Museum of Transportation. This site is home to locomotives build right here in Roanoke. From steam engines to rolling stock and beyond, this museum has a little bit of everything.

Launched in 1976, Opera Roanoke has provided opportunities for local musicians to put their creative talent on display. Check out Opera Roanoke and you will be treated to some of the opera world’s best singers. Locals also rave about the Roanoke Youth Symphony’s ensemble performances to boot. Alternatively, you can head downtown to one of the many restaurants, enjoy live music and dance the night away.

From minor league baseball to ice hockey, college sports and beyond, Roanoke has a little bit of everything for sports fans. Head on over to the Berglund Center to take in a Roanoke Rail Yard Dawgs game and you will be more than impressed. The Virginia Tech Hokies hockey squad relies on the Roanoke Civic Center for home games. Alternatively, if you prefer to partake in the action yourself, consider the merits of the area’s many local sports clubs. From pickup basketball leagues to the Roanoke Valley Chess Club and beyond, there are countless opportunities for competitive fun.

Roanoke has hosted the yearly Commonwealth Games of Virginia for several years. This Olympic-esque amateur athletics festival has become quite popular amongst locals. Even the local prep school games draw sizable crowds. The bottom line is if you are looking for some sporting action, you will have no shortage of options in Roanoke regardless of the time of the year.

In Search of an Airstream, RV, Camper or Recreational Vehicle? Look no Further

Any old Airstream, RV or recreational vehicle will not suffice. You deserve the industry’s best.  Take a look at the wide array of Airstreams, RVs, campers, and recreational vehicles for sale and you will eventually find one worth your hard-earned money. Out-Of-Doors Mart has the perfect Airstream, RV, camper or other vehicle for you. Dial 866-636-2267 or 336-993-4518 for more information.